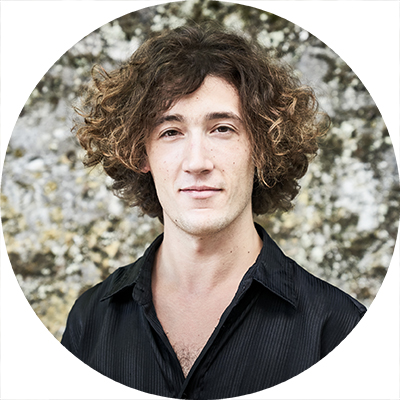 Born in Paris, Arthur discover music with the cello from the age of 5 under the guidance of Erwan Faure at the Schola Cantorum of Paris. His studies in France and Switzerland with renowned teacher such as Phillipe Muller, Marc Coppey and Francois Salque lead him to London where he has been taught by Helene Dautry at the Royal College of Music and Louise Hopkins at the Guildhall School of Music and Drama where he was the recipiant of the Marjorie and Dorothy Whyte Memorial Fund.

After taking part in several masterclasses with great cellists such as Wolfgang Emanuel Schmidt, Gauthier Capucon or Pieter Wispelwey Arthur is now a member of teaching staff at Oxford Cello School.

As a soloist he performed Dvorak’s cello concerto with the Guildhall Symphony Orchestra as part of the LSO Donatella Flick conducting competition.

A keen chamber musician, Arthur is playing in festivals all around UK and Europe. He performed at the Cadogan Hall as part of the Rising star Series, at the Barbican Hall as part of the pre-LSO series under the guidance of John Adams, in Sweeden for Aurora Festival, in France for ProQuartet and more recently in Switzerland for Avigdor Classics and for the RSNO chamber series.

Arthur was a member of the Camerata de Lausanne led by Pierre Amoyal and a member of Southbank Sinfonia as principal cello. During 2015, he performed with the LSO as part of the string scheme experience and with the Bornemouth Symphony Orchestra.

Arthur is now sub-principal cello of the Royal Scottish National Orchestra touring in the UK and worldwide and a member of the London Based unconducted ensemble Camerata Alma Viva.