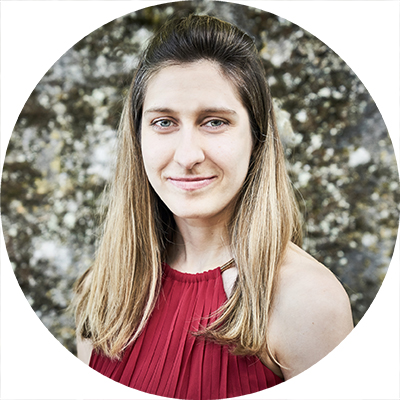 Bulgarian violist, Elitsa Bogdanova started her musical studies at the National Music School in Sofia. After moving to London in 2007, she completed her BMus and MMus degrees at the Guildhall School of Music and Drama, studying with Rachel Roberts. During her time in Guildhall, Elitsa developed a keen interest for historical performance, working closely with Jane Rogers and Pavlo Beznosiuk.

Elitsa is actively freelancing in the UK, dividing her time between chamber orchestras and smaller chamber ensembles. On period instruments she has worked with the London Handel Orchestra Florilegium, Academy of Ancient Music, The Hanover Band and the Orchestra of the Age of Enlightenment. Elitsa is also the principal viola of La Serenissima, who specialise in the music of Antonio Vivaldi and his contemporaries. She regularly performs as a member of the 12 Ensemble and has done extra work with the London Symphony Orchestra, London Sinfonietta, Aurora Orchestra, London Contemporary Orchestra and others.

Elitsa is a member of the Consone Quartet, focusing on exploring classical and early romantic repertoire on period instruments. The quartet won the 2016 Ensemble Prize at the Royal Over-Seas League Competition and has performed in Bulgaria, Belgium, Italy, France, the Czech Republic, Austria, Germany and throughout the UK, recently making their Wigmore Hall debut.