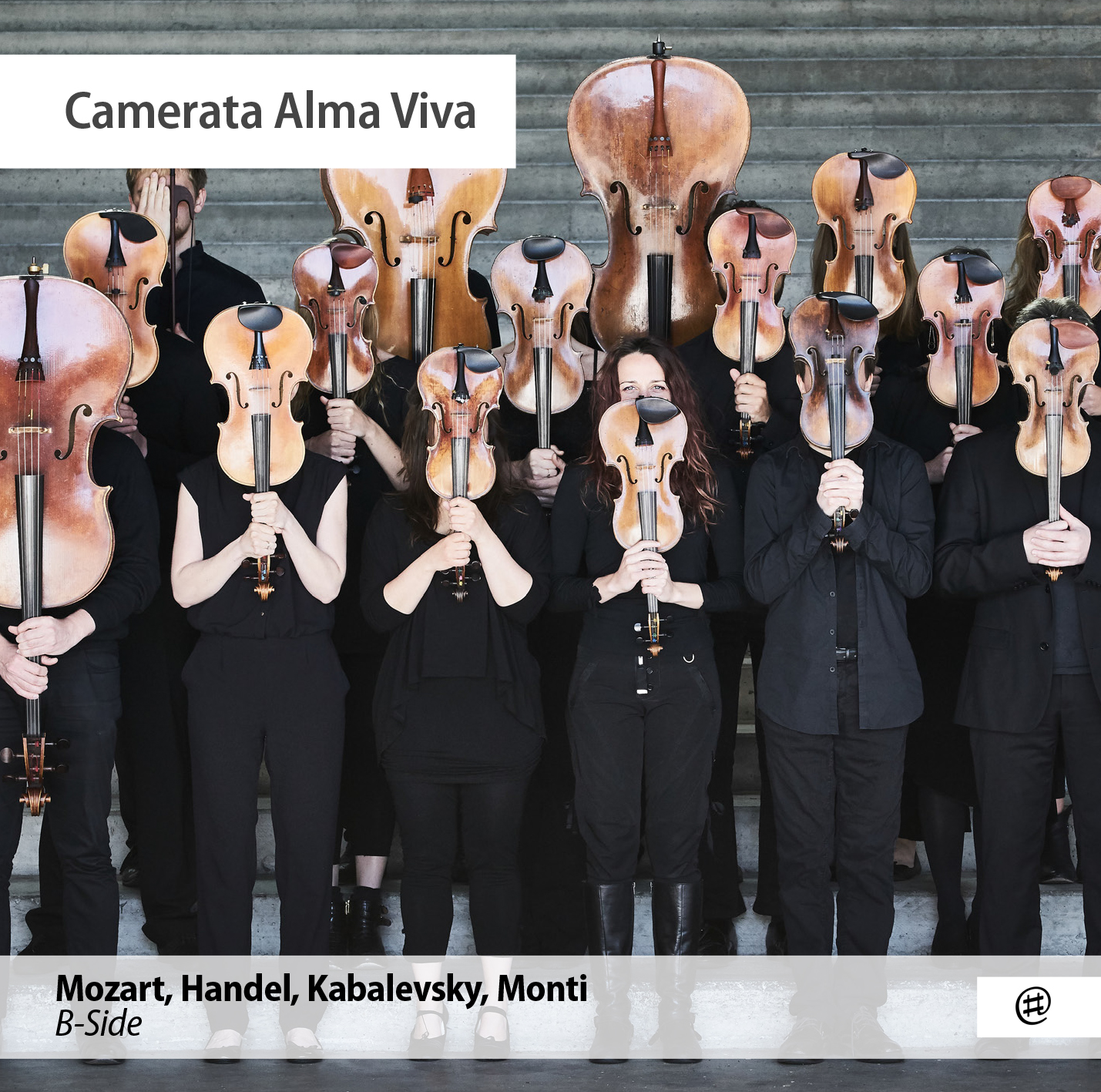 For its 10 years anniversary, Camerata Alma Viva launches its new album “B-Side” in a European tour that will bring the ensemble to Paris, Vienna, Geneva and the UK

“The works presented on this album are those that have inspired and surrounded us for these past ten years.
Mozart’s divertimenti – little gems that nonetheless contain all the facets of human emotions and more – are a source of rejuvenation for the listener and a marvellous space for experimentation and playing, in the proper sense of the term, for the musicians.
The “B-Side” of the album dives into another world, with three original arrangements written for Camerata Alma Viva by Éric Mouret. From the finesse of Kabalevsky’s Waltz to the bohemian virtuosity of Monti’s Czardas and the famous “Baroque ‘n Roll” of Handel’s Passacaglia, Éric displays all the ingenuity of his writing in these works specially arranged for the musicians of the group.”
– Charlotte Maclet

Find out about our European tour and the concert dates on our “What’s on” page.